This parameter was introduced in Pixcavator 4.0 with the idea that by moving it you can jump to the nest sharp border. For example in the image below, the change in the gray level is very gradual. So, if you move the slider Size or Contrast, the growth of the objects will be very slow (and the former won’t even notice the sharp edge). With the new slider (see Output tab) you get there is just a few abrupt steps: border contrast = 0, 10, and 15, respectively.

With the image below (yeast), it was hard to get good contours. The second image is the analysis result after some pre-processing. The third is after using this slider - no pre-precessing. 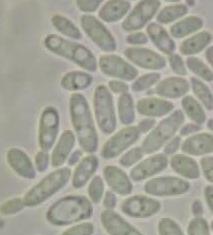 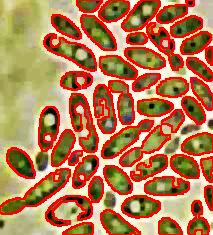 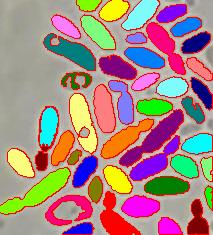 Keep in mind that this slider is good for measuring - to capture the best contour for a single object. It's not as good for counting - there may be multiple contours for each object.