Under certain circumstances though, the contours of the same kind may be "nested" and, as a results, these percentages may be wrong or even above 100%.

Example below (measuring grass coverage): the dark shows the 151% coverage. 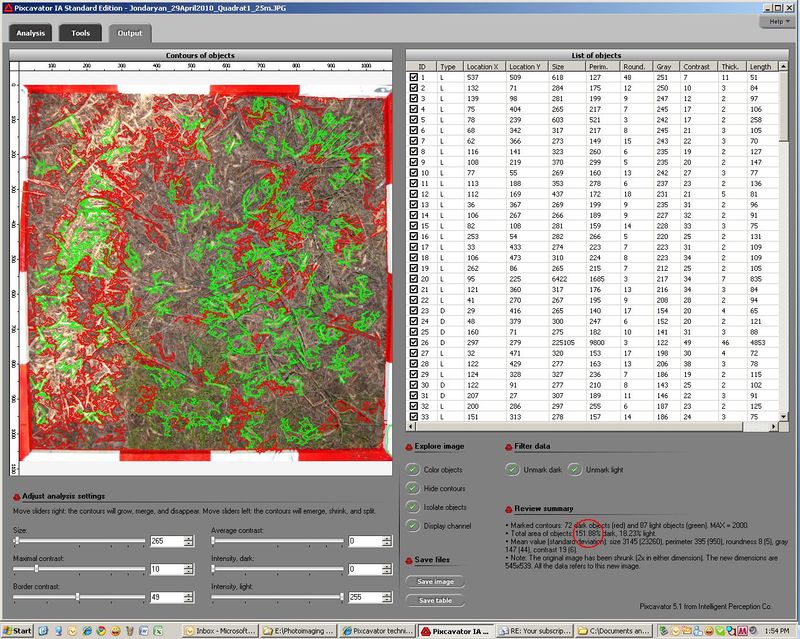 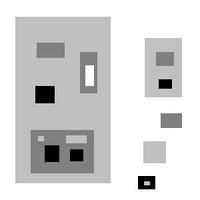 The number is certainly meaningless (there will be a warning about that in the next release).

Why is it above 100%? Because the area is covered several times by these objects. If you click "Color objects", you'll see one large object with red contour and many others inside of it.

What happens is easier to see in this simpler image: 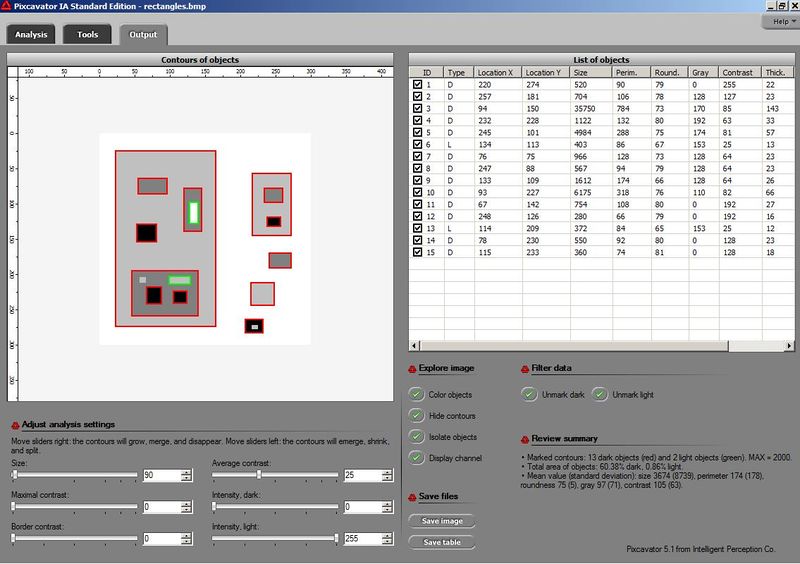 The results of image analysis may considered "good" here, but only in the sense that we have captured some 3D information. In general, we restrict our attention to image with mostly 2d information (see Images appropriate for analysis).

What exactly happens here? The way Pixcavator's sliders operate is this: the contour is allowed to grow until its size (or contrast) is over the bound set by the corresponding slider. Practically, this means that each potential contour C is compared to a contour C' corresponding to the previous gray level. Then, if C passes but C' does not then C is plotted. (For more details, see Boundaries in gray scale images.)

Clearly, for the area and contrast sliders this approach can lead to no nested contours. This can and does happen with the border contrast and average contrast sliders (both screenshots). These two parameters aren't "monotonic" (cf. monotonic functions) unlike the first two. The last two (thresholding) aren't monotonic but the meaning of the contours is very transparent and is never a problem.

Thus, another way of dealing with this issue is to keep the third and the fourth sliders at 0.

A better choice of settings gives a decent result for the grass image: 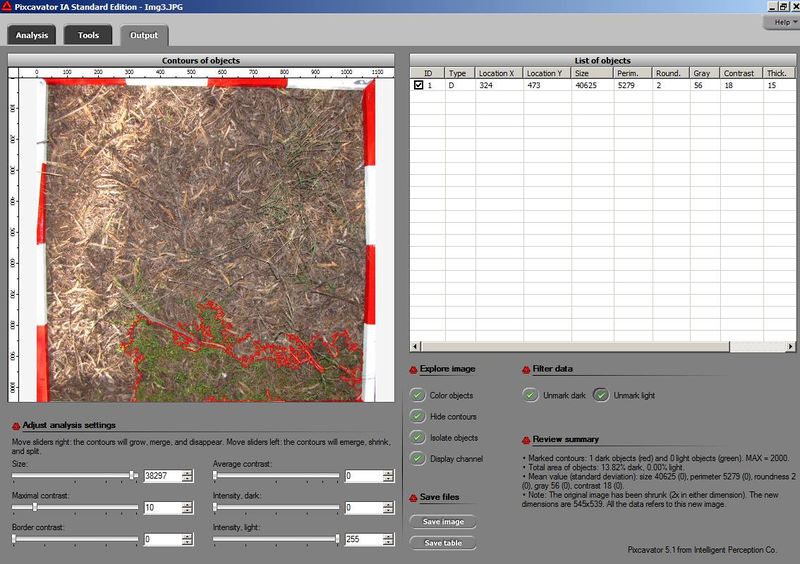 With complex images you have to watch carefully for "nested contours", if you want this percentage to be meaningful.