More precisely, this article is about graph representation of the topology of gray scale images (an image becomes a graph when one uses adjacency). The connected components of upper and lower level sets of the gray scale function are building blocks of segmentation.

The idea is that it is unlikely that a boundary of a real object depicted in the image cutting through upper or lower level sets. However, one can imagine a picture with bald spot merging with the sky behind.

The connected components of the lower level sets have a clear hierarchy based on inclusion. This hierarchy provides a graph representation of the topology of the image. 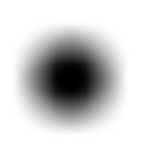 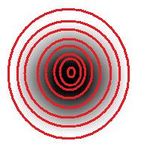 Second, its level curves, with the lower level sets inside. 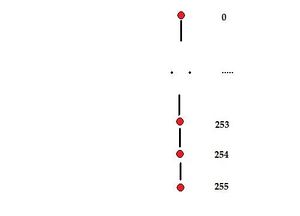 Third, they are ordered by inclusion and this fact is reflected in the structure of the tree. 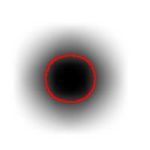 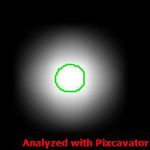 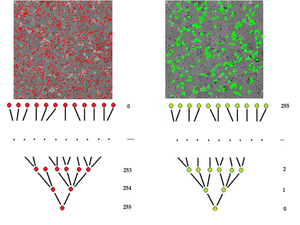 The problem with inclusion trees: The inclusion trees for upper and lower level sets, if considered separately, do not help in finding out which object has which hole. Therefore, in order to capture the topology of the image (with holes), the two trees have to be combined in some way.

An image of a blurred ring.

The combined inclusion tree for the blurred ring.

Level set are the boundaries of the upper and lower level sets. The Jordan Theorem implies that a component of a level set encircles or is encircled by components of other level sets. Then the outer borders of the lower and upper level sets are still ordered and the result is a tree.

This is how the lower and upper level trees are normally merged. There are drawbacks for this approach.

The topology graph of the image

There is an alternative way to combine the inclusion trees.

How the topology graph is built from the two inclusion trees: turn the latter upside down and attach along the levels.

The upper level tree is turned upside down and attached to the lower level tree – along the aligned layers corresponding to the gray levels. (Reminds slightly of the structure of the DNA.)