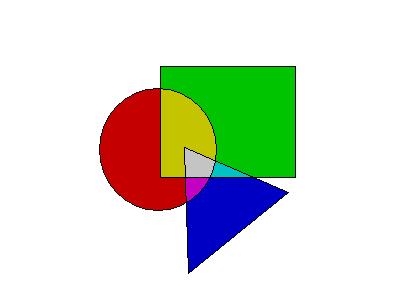 RGB stands for Red, Green, and Blue. These are the "channels" in a color image. Each pixel has 3 numbers between 0 and 255 assigned to it.

Every color image has three color channels - red, green and blue - and the image features you are after may be more pronounced with respect to one of them.

The channel-by-channel analysis allows one to consider each channel of the color image as a separate gray scale image and analyze them as needed. In Pixcavator just click a button in the Analysis tab for the channel you want.

For the user's convenience one extra "channel" is added. It is used for a special combination of the three colors called luminosity.

To see the the channel as a gray scale image, click Display channel. This way you can preview all channels and decide which is the best - before committing to time consuming analysis.

This option is important for some applications such as microscopy. Different features are sometimes better revealed in different channels. Below is the original image with two clear, to the human eye, features: red walls and green "cells". 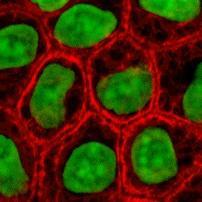 The two images below are

The advice based on these two examples is this:

A better choice is to analyze all three channels as a whole, see Color images.