The data is captured in the topology graph. However, having the topology graph isn’t enough. It provides all possible topologies in the image, but we want to pick only one. This is to be done by the user based on his criteria of what is noise: too small, low contrast, low roundness etc. 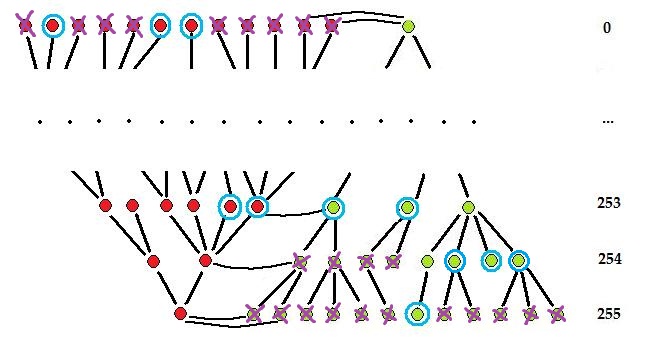 This idea is implemented in Pixcavator. In fact, Pixcavator's output table gives you a sample topology. After that you are on your own. And you have several ruler/sliders to use. 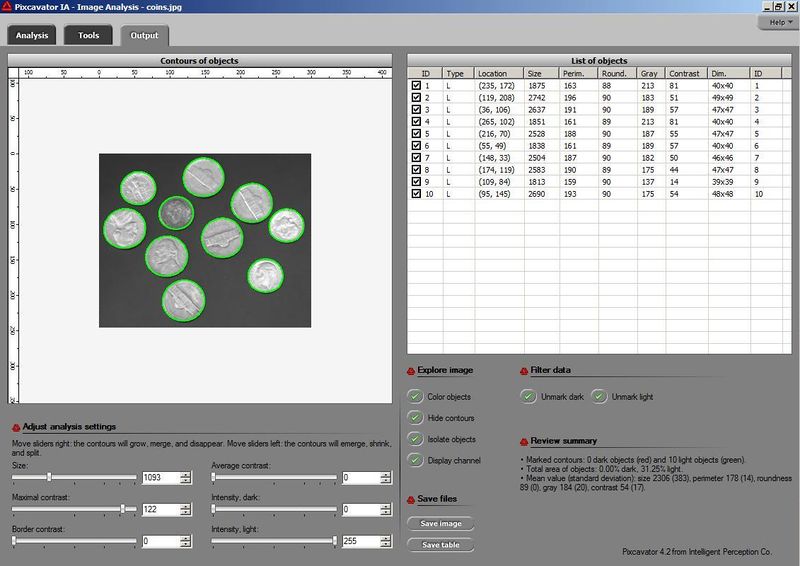 Why wouldn’t we add a second slider to the size ruler? The logic is very convincing: “the first slider removes objects from analysis that are too small - with the second slider you can exclude objects that are too large”. There are real life problems that need this kind of analysis.

Suppose the bound is 100. Then what we present as the output is objects larger than 100 BUT as close as possible to 100. If the gray level changes very gradually, the objects’ sizes end up almost exactly equal 100. If this is the case, having an upper bound (say 200) in addition to the lower bound would not change the outcome…

That’s why only a single slider for the size is present. If object A is larger than object B, A is at least as important as B. A priori, all things being equal.

OK, but what about those real life situations when you need to exclude larger objects? That’s when you turn from image analysis to data analysis. Of course, you’d have to make sure that you have captured all objects that you care about. That’s the hard part.

The data analysis stage is the easy part. If you have captured some noise or objects that you want to exclude, that’s OK. Now you simply filter the objects on the list based on any characteristic you want. Excel has plenty of tools for that. For example, the size is too large or too small. Or the perimeter, the contrast, the roundness, the intensity. Maybe you want only the objects from 100 to 200 pixels in size. Or maybe you are only interested in the objects within 300 pixels from the center of the image (location!). All is easy at this stage.

This how the filtering of the topology graph based on thresholding would look like: 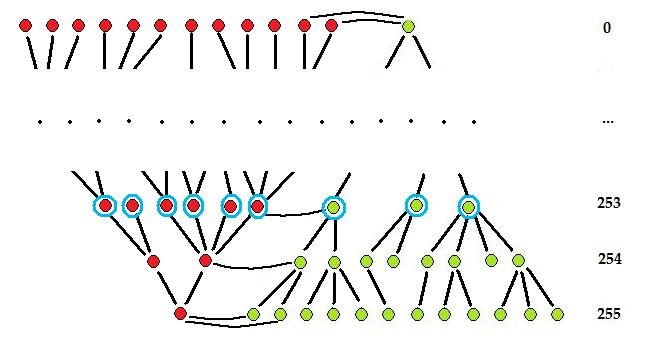