How does one calculate the amount of noise in a photo?

This is an unusual question. Typically, users want to extract information from the image. Then Pixcavator gives them the objects largest in size or highest in contrast or both (see Objects in gray scale images).

The answer certainly depends on your definition of the word "noise". Noise can be measured in a number of ways. Is it the total variation of the color? Specifically, the standard deviation of the gray scale function. If this makes sense to you, ImageJ might help.

This approach however ignores the fact that one has to analyze the image before something is declared noise.

From my point of view, a better approach to noise is to decide first what's not noise, then look at what's left.

For example, one can measure noise as the number of objects ignored by analysis. Pixcavator might be able to help here. Two steps: 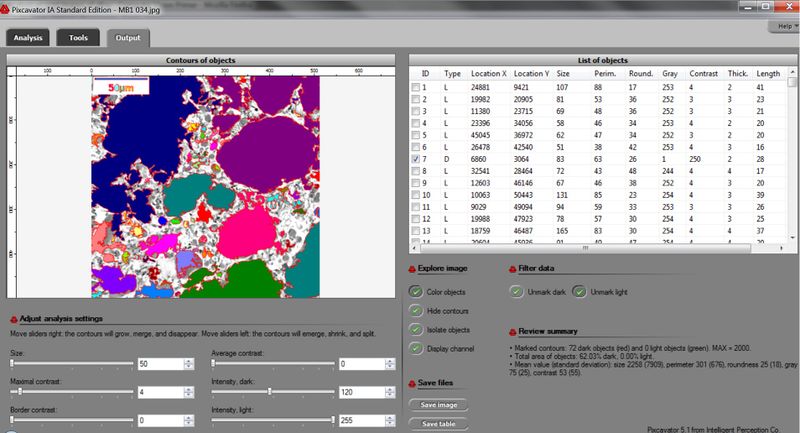 A drawback of this is that flat areas (no noise!) will also be included: 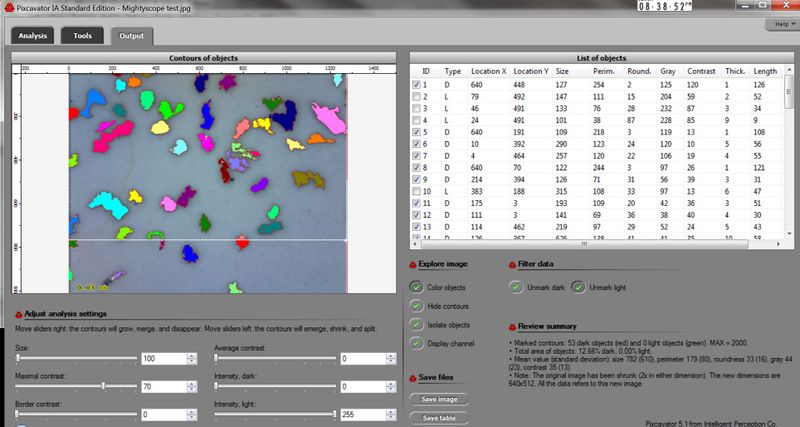 A possible alternative may be to compute the total area of the objects at a low setting...

A more general approach to both image and data analysis is via persistent homology and the noise group.

According to Discrete Calculus: Applied Analysis on Graphs for Computational Science by Grady and Polimeni, p. 155. "... we may generally assume that the noise has high spacial frequency." So, it's the part of the data that changes a lot from a vertex to the next. "Therefore, the goal of the most filtering operations is to remove the high frequency noise, while being careful to preserve the high [low?] frequency signal (often modeled as spacial discontinuities)." The latter is an abrupt but one time change in the value.