The high contrast homology of a gray scale image

In image analysis one may want to measure the importance of topological features in terms of their contrast. 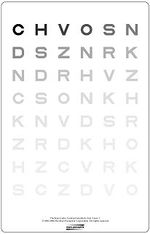 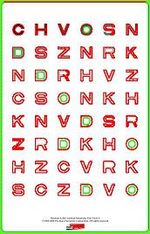 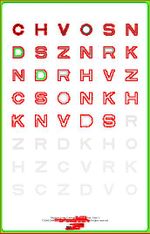 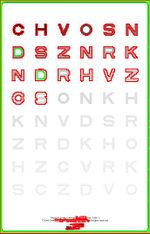 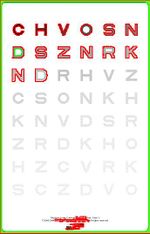 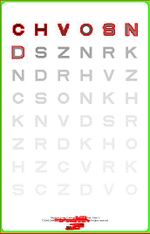 Recall how we defined the homology group of the image below. First, we created a filtration: a sequence of three binary images: $$K^{1}\hookrightarrow K^{2}\hookrightarrow K^{3},$$ where the arrows represent the inclusions. Suppose $A_{i},B_{i},C_{i}$ are the homology classes that represent the components of $K^{i}$ and $a_{i},b_{i},c_{i}$ are the holes, clockwise starting at the upper left corner.

Next, one may observe that the contrast of some of the features in the original image is lower than others. These are the holes in the second and the third rings as well as the third ring itself. In the image analysis context one may evaluate the area/volume of the connected components and then classify ones that are too small as noise. The average contrast is another way to evaluate the importance of a component. Yet more measurements are: perimeter, roundness, location, and their combinations.

A different kind of measurement is contrast. By contrast of a lower level set we understand the difference between the highest gray level adjacent to the object and the lowest gray level within the object and the opposite for upper level sets. This measurement is purely topological. Also, unlike the other measurements listed above, contrast is equally applicable to all homology classes not just ones of dimension (or co-dimension) $0$. This fact is reflected in the algebra presented above. Indeed we can compute the contrast as the life-spans (persistence) of these homology classes:

Suppose we are only interested in features with high contrast at least $3$ and consider the rest noise. Then the homology classes with persistence of $3$ or higher among the generators are: $A_{1},B_{1},a_{1}.$ However, since the persistence can decrease under algebraic operations, the set of elements of high persistence isn't a subspace of the respective homology group of the filtration. Instead, we look at the noise:

In the case of a Vietoris-Rips complex, not only the barcode, the interval $[birth, death]$, but also the persistence, the number $death - birth$, of a homology class contains information about the size of representatives of these classes. For example, a set of points arranged in a circle will produce a 1-cycle with twice as large birth, death, and persistence than the same set shrunk by a factor of $2$. However, persistence defined as $death/birth$ will have the desired property of scale independence. The same result can be achieved by an appropriate re-parametrizing of the filtration.

Exercise: Compute the persistent homology group of the blurred version and the negative of the above image.