Wall of a blood vessel 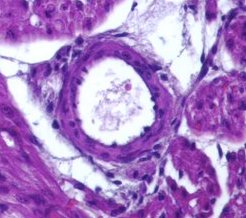 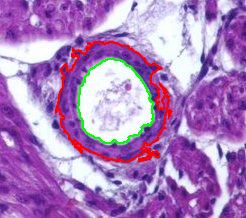 The goal here is to measure the thickness of the wall of the blood vessel in this microscopy image. The shape is very irregular so we are talking about the average thickness. Thickness and length are commonly used for this kind of measurement. However since the curve is closed, this is not an option. Instead, we set

With Pixcavator we compute what those as follows: