This is a book draft, in progress. I would appreciate your comments. If you are a beginner, you might want to start here instead.

For a book reading experience, ignore the links in the articles. Instead, click Back when you are finished.

A sample of the ideas that the text follows -- in broad brushstrokes.

The best place to get started with homology theory is graphs. One only needs to be concerned with two topological features: components and holes.

With a very little background one can make a good progress in this very important area. Many ideas reappear later -- on a more advanced level. 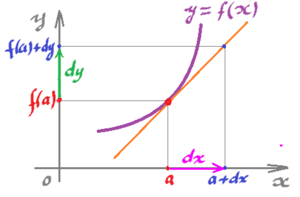 An introduction, starting with what you've seen in Calculus: $1$-forms. 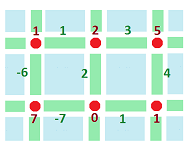 Roughly, they are constant on each cell of a cubical complex. They are "discrete" in this sense. We don't establish a direct relation to the continuous forms yet just observe that they behave similarly. 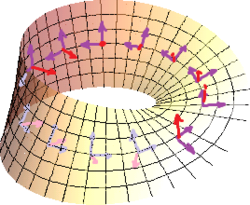 The main goal is to develop analogues of the integral theorems of vector calculus (Gauss, Green, etc). In terms of the exterior derivative, they finally make sense as a whole!

From the calculus of differential forms, continuous or discrete, one can derive the topology of the underlying space.

We need more background for our study. The main topic is continuity, in the setting of $n$-dimensional Euclidean spaces.

Tools for building the topological complexity that we'll need...

Calculus on manifolds is a necessity; ask Einstein!

The relation between cells and their boundaries reveals the topology of the space. Little algebra, for now.

Topology: everything is deformable. Geometry: also keep track of size. Adding an extra structure to our manifolds allows us to measure things: distances and angles, and then lengths, curvatures, areas, volumes, etc.

Going beyond simply decomposing the Euclidean space into squares and cubes. We can build anything from little pieces -- in vacuum!

Turning the relation between cells and their boundaries into algebra.

The computability of the homology of cell complexes is what makes applications possible.

Maps and their homology 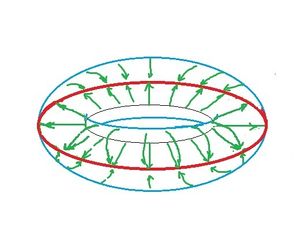 The topology of continuous functions. 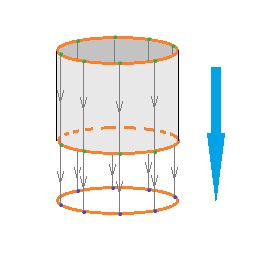 Progressing from homology as a vector space to groups. Building the rest of the theory... From now on, "homology" means "homology and cohomology".

With the metric tensor we can measure lengths, curvatures, areas, volumes, etc. 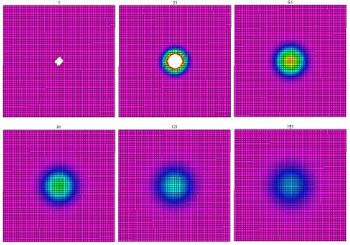 Normally, one uses partial differential equations, i.e., equations with respect to derivatives of the quantities involved, and then "discretizes" these PDEs via finite differences to create a simulation. Instead, we look at the derivations of these PDEs and, based on the physics, represent each quantity as a differential form of an appropriate degree. The discrete versions of these equations, i.e., equations with respect to discrete differential forms, are ready-made simulations of the processes. The main advantage of this bottom-up approach is that the laws of physics (conservation of energy, conservation of mass, etc) are satisfied exactly rather than approximately.

Parametrized complexes and robustness of topology

In real life, the data comes from an environment where numerous parameters interact with each other. It is a special challenge to extract topology from such data. In addition, the data comes with noise and other uncertainly. Therefore, the topological features we've found aren't created equal and have to be filtered to reveal the true reality underneath.

Its homology map might detect whether a map has to have a fixed point, $f(x)=x$. This concept corresponds to that of equilibrium for dynamical systems. Another correspondence exists between surjectivity of maps and reachability of control systems.

PageRank: how not to do things 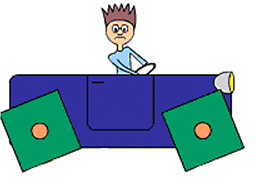 A positive business lesson, but a negative mathematics lesson (Columbus' estimate of the size of the Earth is another example). To appreciate the difference, read the rest of the book.

This part is intended as a quick reference.

Note: sections marked with (*) appear more than once.