The project is based on the topological analysis of Image Sequences.

Tracking objects in a video is easy to illustrate with this demo (click the link, a screenshot with explanation is below). The demo comes from an old version of Pixcavator. That “universal” prototype contains the backbone of the current Pixcavator IA, a morphological analysis application, and the motion/object tracking application. The program finds objects in each frame of the video but also tells you which ones reappear in the next frame. Both merging and splitting is captured. As a result an object that passes “behind” another is treated as if it is merged. This is not what you expect from object tracking but it actually makes sense: remember there is no “behind” in 2D! To get true tracking one would need to incorporate some image/object matching as well. The program also has other Pixcavator-like features: ignoring objects that are too small or ones that disappear too quickly. It is fairly fast. 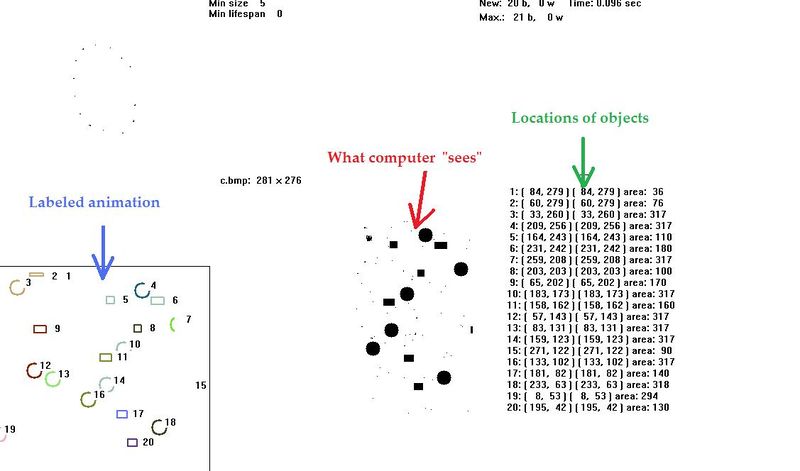