Measuring staining in the liver

This image analysis example came from a biomedical researcher: "I would like to know if the program can calculate relative areas and analyse differences in immunostaining intensity... In images 1 and 2, I need to know if pixcavator can convert image 1 in 2 (is just a question of removing a background, by using a filter) and then in image 2 giving a percentage of the are in red in relation to the all field. In image 3, I need 2 things (it is an immunostaining of the liver). I need to know if the program can give me a level of intensity of the immunostaining (that is the intensity of brow in the image) and secondly the fraction of the area that is immunostained (i.e., brown coloured)." 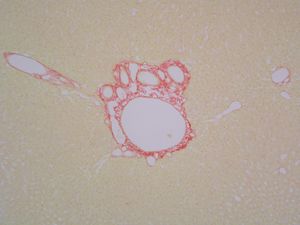 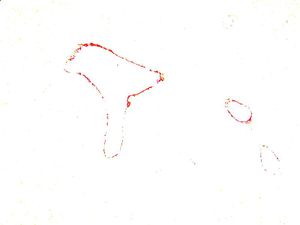 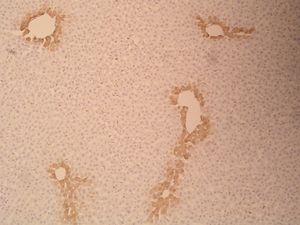 After a few minutes of experimenting with Pixcavator, this is best I can do for now (screenshot #1 below). As you can see some of the red area is not captured while some holes are counted (#2). To find area of those holes I had to analyze the image with different settings (#3). So, the total area of the red is approximately:

Then the percentage is 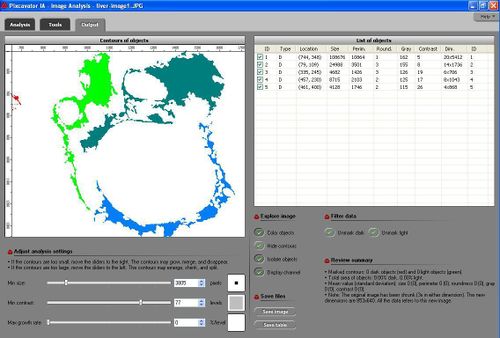 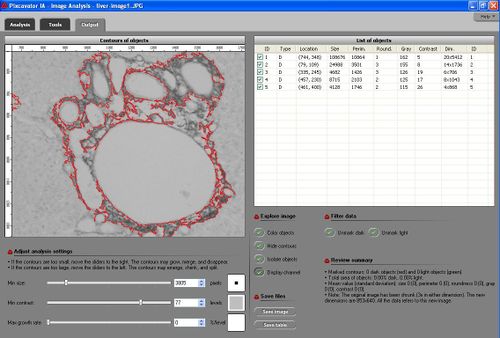 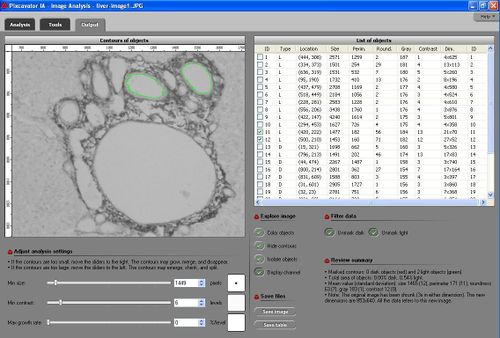 Unsatisfied with the result, I modified the software (thresholding was used as the 2nd slider - to be introduced in version 4.2) and redid the analysis. The result was 5.51-1.65=3.86%. Conclusion: "final result is very good, since the connective tissue should have a area ratio of around 3%." 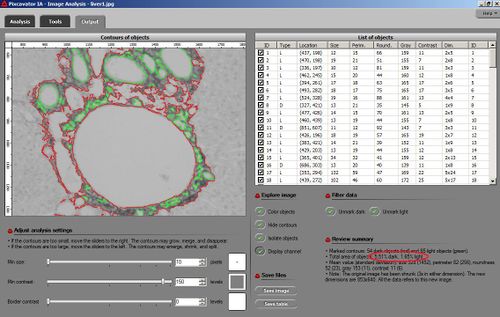 The third image was trickier because the lighting is uneven. Initially I was unable to capture all brown areas - not simultaneously. Certainly, cropping the image and analyzing parts one by one is an option. (The average color, it is displayed for each contour under "Gray" in the Pixcavator's output table). That's something to keep in mind: what is displayed is the average intensity with respect to the color channel that you've chosen, in this case "Green". (The ability to compute the average color with respect to all three channels is still under development.) 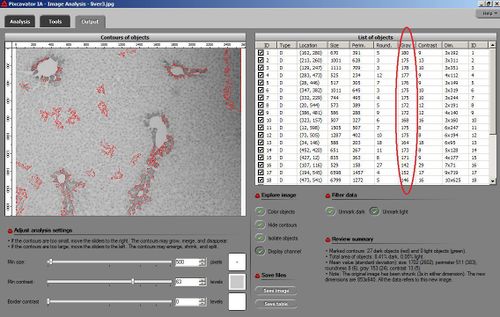 Unsatisfied with the result, I came up with another modification (average contrast was used as the 2nd slider - to be introduced in version 4.2) and redid the analysis. The result was much better. The average gray (intensity in the green channel) was 132. 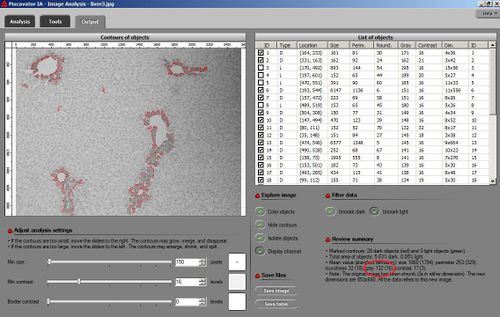