These images came from researchers in medical image analysis. They represent "low-intensity multi-spectral image of the tumour in the early stage of development". Their algorithm has been patented and the results are published in Medical Image Analysis. 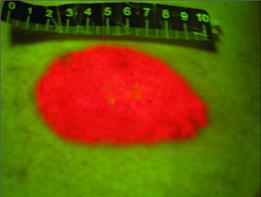 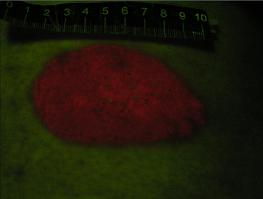 The images below came from the same source and show the results of analysis of the first image by means of their algorithm (right) vs. Pixcavator's (left). The comparison presented is unfavorable to Pixcavator.

I ran Pixcavator myself with the first image, high intensity. I had to move the maximal contrast slider and in about 5 seconds I had a satisfactory result, below. 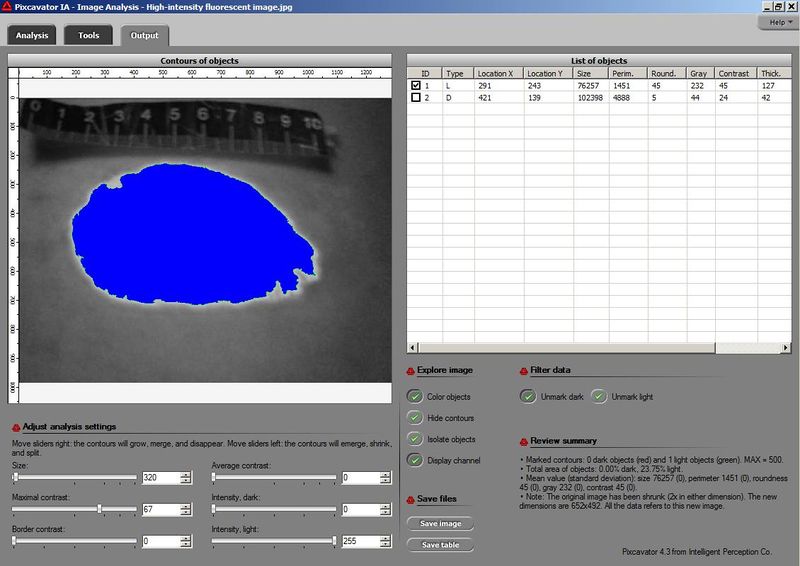 The low intensity image took about 15 seconds as the maximal contrast didn't give a good result and I had to use the average contrast slider. 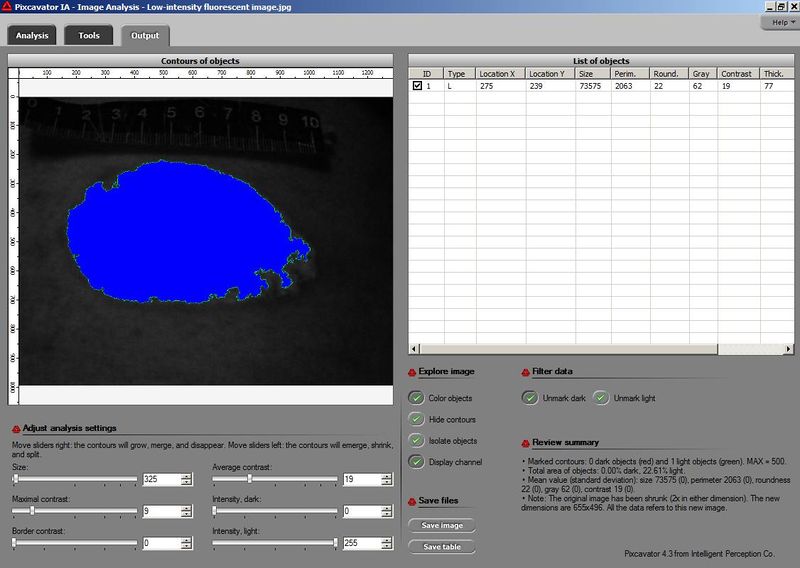