We would like to compute how lean is a piece of meat based entirely on the photograph. Practically, this task should be done with a hand-held device. HP Slate was used with Pixcavator installed.

A similar analysis was done before, with images copied from the internet. This time the images are taken by myself with the tablet's camera. I bought the meat too myself at the local Kroger:

Finding the right settings took just a few seconds. I only had to move one slider, the contrast. 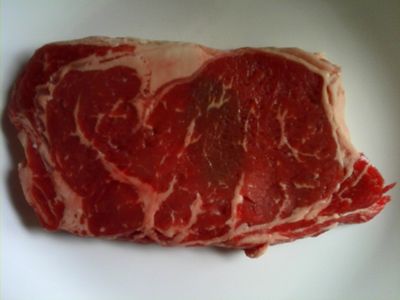 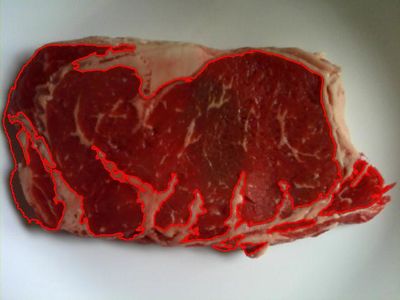 The amount of meat is captured by a red contour above. The screenshot is below. 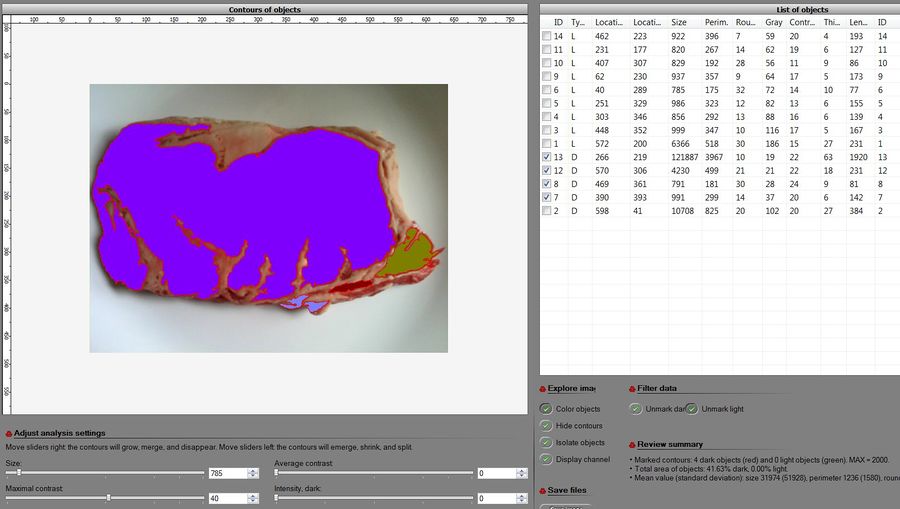 As you can see in the right bottom, (the area of) the meat is about 42% of the whole image.

Now we need to capture the fat. It's tempting to try to do it directly but capturing light area with white background is never a good idea. It's much easier to get the whole thing and then do some math. 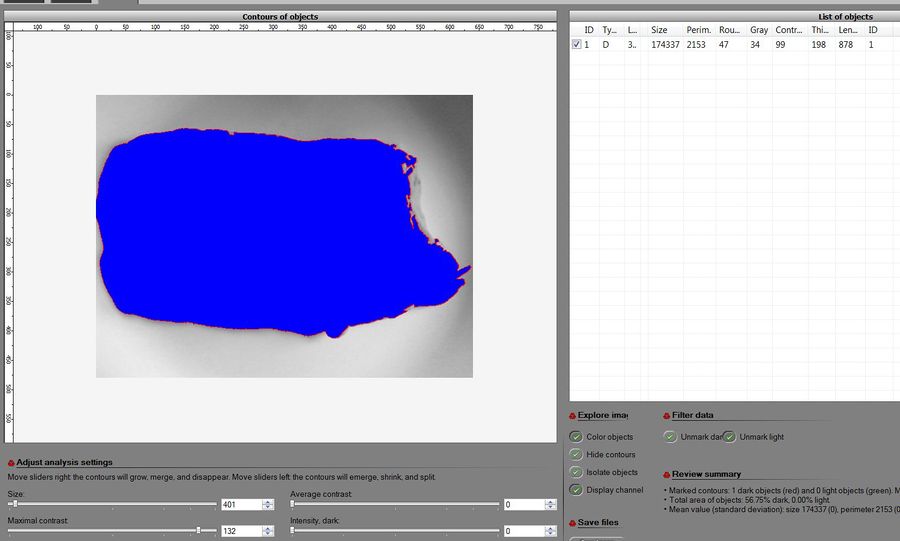 The total of the whole steak (meat and fat) is about 57% of the total image.