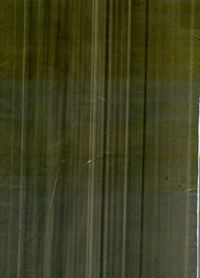 I ran just the first image so far. The goal, as I understand it, is to capture the two small dots on the right. The way to get them is to search for small, dark, high contrast objects. Unfortunately, the letters in the label are exactly like that -- black on white. So, I just cropped the image. Then, I tried to set a low limit on the size and high limits on contrast and average contrast. After a bit of trial and error I found limits that work: 20, 60, and 12. The screenshot shows that the dots are captured. There are also other contours shown -- of large objects. To see the locations etc of the dots, I clicked (twice) on the top of the "Size" column in the output table to arrange the rows in the order of increasing size/area. As a result, the two dots are at the top of the list, #13 and 14. 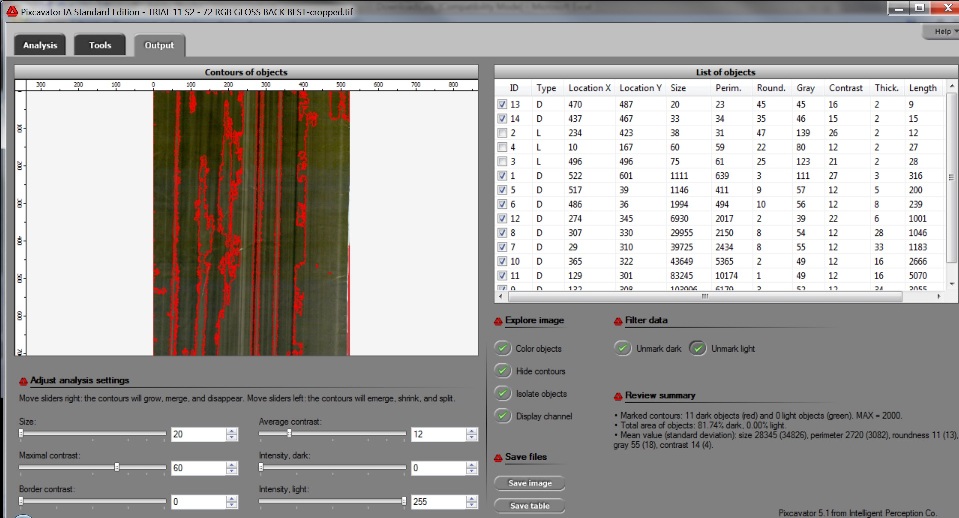 If you don't detect specks, keep in mind that it's unlikely that the same settings would work with another image unless it's taken under very similar circumstances. But those settings may be a good place to start. Try to move the sliders left (if the contour around the object is missing or it is too large) or right (if there are too many small contours).

I ran the second image and the results seem OK. Only the dots and no stripes show. I used mostly the "Average contrast" slider this time. You can run it yourself with the settings that you see appended to the name of the analyzed image. Just keep in mind that I shrunk the image, 2x. 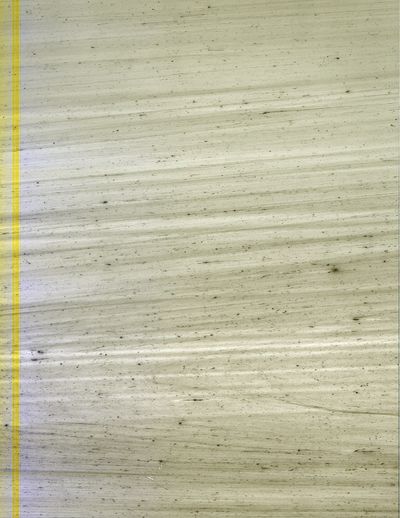 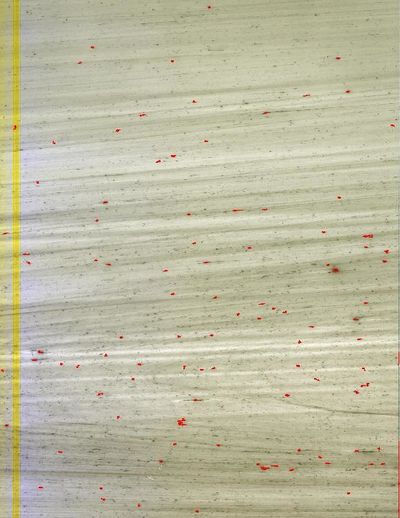